THE HARPY's presents: Kidding me! Vol. 1

Last month I had the fortunate opportunity to DJ at my long-time friends THE HARPY's first try at throwing a party of their own! The event, aptly titled "Kidding me!," was an Alice in Wonderland-themed party which had Maki dressed as an improvised Mad Hatter, Satomi as a roly Cheshire Neko and Tomo as, of course, an almost geisha-like Alice. But so much more than a typical Japanese indies affair, this evening featured dapper powerpop trio TENNIS PRO on tour from Seattle, USA! Heaven's Door in Sangenjaya, Tokyo was filled to the brim with mad tea-partyers, and Wayne Manor, with side-kick Setsuko, had a splendid time at their very first invitation as guest DJs. 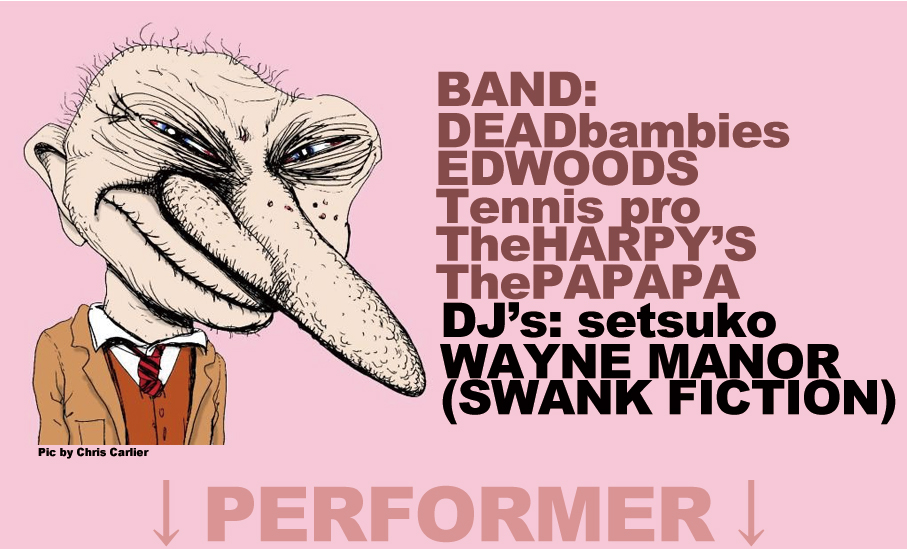 Posted by The Stately DJ Wayne Manor at 6:05 AM

The Stately DJ Wayne Manor
Sophistication wrapped in a cloak and determined as a bullet from a Beretta.